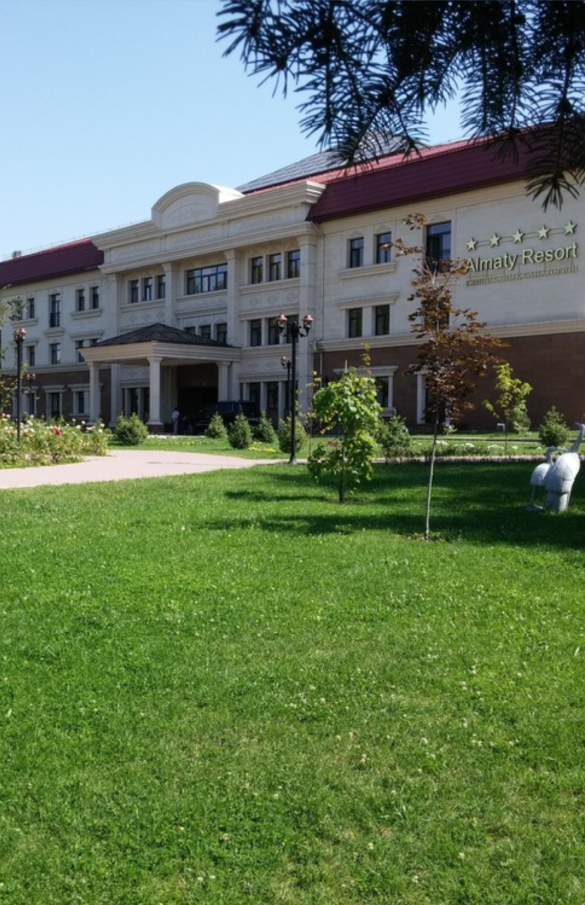 The branch of the Joint Stock Company "Health-improving complex "Okzhetpes" "Almaty" with the brand name Sanatorium "Almaty Resort" welcomes you!

The branch of AO LOK Okzhetpes, Almaty, is a modern multifunctional sanatorium and resort complex, in which you can not only receive high-quality medical services, but also have a great rest in comfortable rooms made according to European standards.

Our sanatorium is equipped with the most modern medical equipment of world standard. The resort is located 3 km from the city of Almaty, at the foot of the Trans-Ili Alatau, at an altitude of 1052 m above sea level. Territory with walking terrenkura and amazing forest with a large number of species of trees that contribute to the improvement of the respiratory tract. Mineral water from its own source, extracted from a depth of 3000 m, a specific feature is the presence of a prophylactic dose of natural iodine - 600-750 µg / dm3. At this level, the water comes out at a temperature of 42 * C. Water is stored in a special storage and is supplied to the bathroom clinics at a temperature of 36 * C.

The individual nature of treatment is the main difference between our medical and sanatorium-resort services. We offer effective rehabilitation and therapeutic programs that fully take into account the individual requirements and medical indications of each patient.

ВYou can get all the necessary information about how you can relax in quality and luxury, as well as the treatment, prices and rules of living on our website and on social networks. All received questions will be answered by leading experts of the Okzhetpes Health and Recreation Complex "Almaty".

Many people from different cities come every year to visit the sanatorium "Almaty" in order to improve their health and rest from the usual working days. As many people know, the sanatorium "Almaty" is located in a picturesque place of our beloved apple town. As for the history of the foundation of the sanatorium itself, this is the most interesting fact. It is known that it was founded in the early sixties. In the city of Alma-Ata, as well as in general in Kazakhstan, there was a lack of medical institutions. In this connection, on the basis of the Resolution of the Council of Ministers of the Kazakh SSR No. 773 of October 16, 1962, a decision was made on the design and construction of a country hospital. A land plot with a large area on the territory of the northeast of the cooperative technical school site was allotted.

The choice of a place for the construction of a sanatorium is unique, it is located at the foot of the Trans-Ili Alatau at an altitude of 1052 meters above sea level, in an ecologically clean area. The climate is sharply continental, it differs by temperature difference, it is warmer in winter and cooler by one to two degrees in summer. Atmospheric and partial pressure of oxygen is lower than above sea level. Clean air, ultraviolet rays, aromatic substances and phytoncides contained in the surrounding vegetation make it possible to widely apply the climatic factors of this region in the complex treatment of vacationers.

Initially, the main building, an economic yard, three residential houses for medical personnel, a boiler room and a grocery store were built, a liaison office was opened, and autumn-winter plantings of green plantings were held on the hospital grounds. And also access roads are laid. Construction was carried out on an individual project.

In the center was the main building, around which all the buildings and a dining room with a cinema hall were located. A little away from the main building, there is an economic yard, residential houses for employees, a kindergarten and a grocery store. In the middle of the evergreen trees, far away, is the winter and summer pools.

In order to effectively use the potential of the sanatorium, develop its financial and economic activities and improve management, by the Decree of the Government of the Republic of Kazakhstan of November 15, 2001 the Clinical Sanatorium Almaty has been transformed into the Almaty Sanatorium Open Joint-Stock Company. one hundred percent state participation in the authorized capital.

Since 2008, on the instructions of the head of state, the sanatorium was closed for major reconstruction, and 3 years later, on October 12, 2010, it reopened in an updated form.

Immediately after the reconstruction, the sanatorium first of all received honored workers of the Republic of Kazakhstan, veterans, heroes of Kazakhstan, writers, academicians who made an invaluable contribution to the development of both the past and the present “independent” era. Thus, among the first guests could be the former deputy chairman of the Council of Ministers of the Kazakh SSR, war veteran S. Dzhienbaev, Hero of Socialist Labor, former deputy chairman of the Presidium of the Supreme Soviet of the Kazakh SSR, V. Sidorov, twice Hero of the Soviet Union, retired General T. Begeldinov and many others.

Currently, JSC Sanatorium Almaty is a modern, unique health and fitness, rehabilitation complex, equipped with the most modern medical equipment to world standards with high service and comfort, where a wide range of medical and maintenance services are provided.

In 2017, he joined the Okzhetpes health resort network and became a branch office. 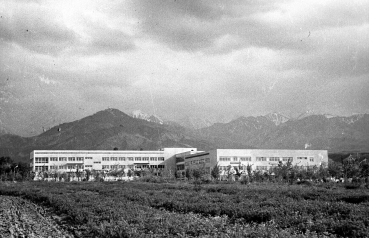 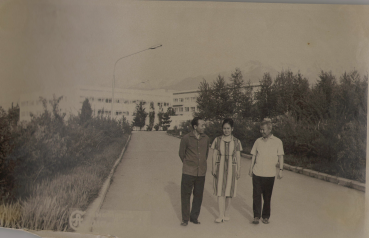